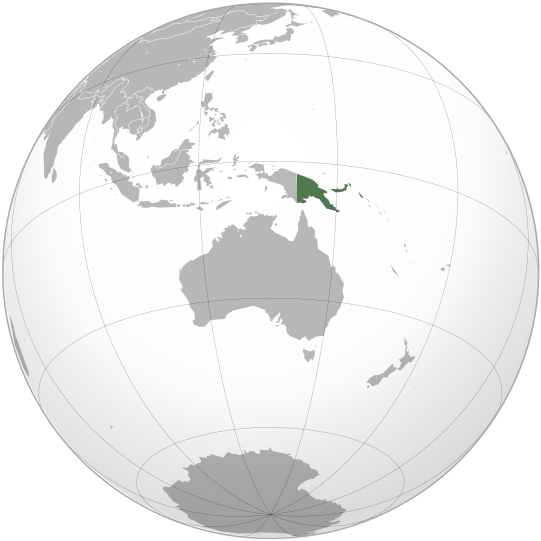 Papua New Guinea officially the Independent State of Papua New Guinea, is an Oceanian country that occupies the eastern half of the island of New Guinea and its offshore islands in Melanesia, a region of the southwestern Pacific Ocean north of Australia. Its capital, located along its southeastern coast, is Port Moresby. The western half of New Guinea forms the Indonesian provinces of Papua and West Papua.
https://en.wikipedia.org/wiki/Papua_New_Guinea
Top
Post Reply
1 post • Page 1 of 1

Return to “Australia and Oceania”