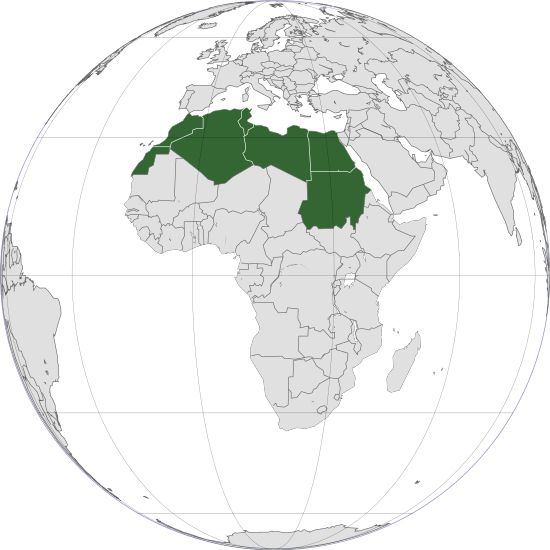 North Africa is a group of Mediterranean countries situated in the northern-most region of the African continent. It is sometimes defined as stretching from the Atlantic shores of Morocco in the west, to the Suez Canal and the Red Sea in the east. Others have limited it to the countries of Morocco, Algeria, and Tunisia, a region known by the French during colonial times as “Afrique du Nord” and by the Arabs as the Maghreb (“West”).
https://en.wikipedia.org/wiki/North_Africa
Top
Post Reply
1 post • Page 1 of 1