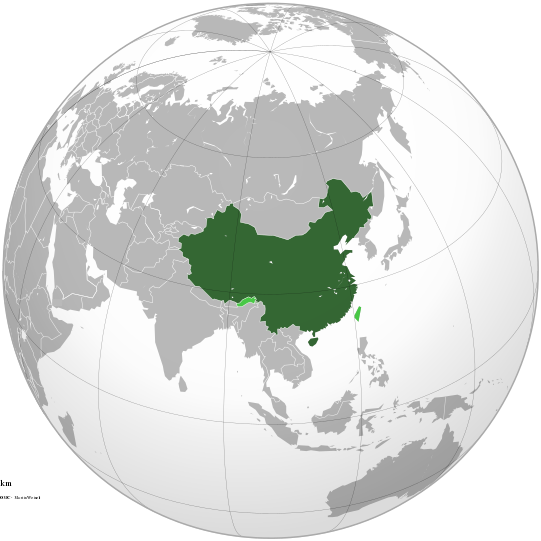 China, officially the People's Republic of China (PRC), is a unitary sovereign state in East Asia and the world's most populous country, with a population of over 1.381 billion.[17] Covering approximately 9.6 million square kilometres (3.7 million square miles), including the disputed area of Aksai Chin that it currently occupies, it is the world's second-largest state by land area[18] and third- or fourth-largest by total area. Governed by the Communist Party of China,[19] it exercises jurisdiction over 22 provinces, five autonomous regions, four direct-controlled municipalities (Beijing, Tianjin, Shanghai, and Chongqing) and the Special Administrative Regions Hong Kong and Macau, also claiming sovereignty over Taiwan. China is a great power and a major regional power within Asia, and has been characterized as a potential superpower.
https://en.wikipedia.org/wiki/China
Top
Post Reply
1 post • Page 1 of 1